The United States has struggled with the abuse of opioids since the1800s. As a result of this epidemic, many people with chronic pain have a hard time getting the medications they truly need to feel better without feeling criminalized in the process. Here is a timeline of how we got to where we are today.

The epidemic is not only about illegal drugs, but also includes the abuse of legal prescription drugs.

On average, 115 Americans overdose on opioids every single day.

Federal agencies are trying to combat this problem by issuing guidelines for doctors, and providing a plan to tackle the crisis that keeps growing.

To fully understand the current American opioid crisis, we need to take a look at the history, and how we got here.

Opioids were first sold commercially in 1898, when German pharmaceutical company Bayer Co. sold Heroin as a reliever of cough, cold and pain symptoms.

The word “heroin” is likely derived from the German word heroisch, which means “heroic.” And that’s how it was marketed.

Back then heroin was considered to be a “wonder drug,” proven to be more effective than morphine or codeine, according to experts.

Not much was known about poppy derivatives at the time, and it was one of the few options that actually worked for suppressing pain.

“They are effective pain relievers, and that’s what they were being used for,” said Kimberly Johnson, director of the Center for Substance Abuse Treatment at the Substance Abuse and Mental Health Services Administration. “There weren’t many other options.”

In 1914, the Harrison Narcotics Tax Act taxed and regulated the sale, making or importing of opium or cocoa leaf products.

Shortly thereafter, in 1920 doctors became aware of heroin’s addictive properties, and tried to avoid prescribing it.

Four years later, 1924 marked the first governmental crackdown on drugs in America. At that time, heroin became illegal in the United States under the Anti-Heroin Act of 1924.

Creation of the modern-day pain clinic

Early pain clinics in the 1950s and 1960s were referred to as “nerve block clinics,” which were designed to help soldiers with severe injuries from World War II. This approach was taken to help soldiers manage their pain without having to undergo surgery, according to the history published in the Journal of the American Medical Association in 2003.

By the mid 1970s, medical professionals were generally dissuaded from prescribing opioid drugs due to the high risk of addiction. However, a change came about after the publishing of a single journal article in January 1980. The 11-page letter published in the New England Journal of Medicine by Dr. Hershel Jick and Jane Porter, both of whom were studying narcotic addiction, stated, “the development of addiction is rare in medical patients with no history of addiction.”

Six years later, in 1986, pain-management specialist Dr. Russell Portenoy published a paper chronicling 38 patients who were treated with opioids for non-cancer pain. Portenoy deemed that “opioid maintenance therapy can be a safe, salutary and more humane alternative to the options of surgery or no treatment in those patients with intractable non-malignant pain and no history of drug abuse.”

Not long after, painkiller prescriptions in the U.S. skyrocketed. According to the National Institute on Drug Abuse study, the number of prescriptions increased by 8 million from 1995 to 1996.

The Introduction of OxyContin

In 1996, the drug manufacturer Purdue Pharma released OxyContin to help people who suffer from chronic pain.

The company claimed that the drug could reduce a number of ailments, such as: providing “patients with continuous relief from pain over a 12-hour period, reduces pain fluctuations, requires fewer daily doses to help patients adhere to their prescribed regimen more easily, allows them to sleep through the night” and “allows a physician to increase the OxyContin dose for a patient as needed to relieve pain.”

A promotional video released by the company in 1998, entitled “I Got My Life Back,” showcased consumers of the drug, and how it had helped to improve their lives. 15,000 copies of the videos were sent to physician waiting rooms, and were given to patients upon checkout. The video release led to a surge in opioid prescriptions.

In 2007, the company faced federal criminal charges for marking OxyContin as “safer and less addictive” than other opioids. The company and three executives pleaded guilty to misleading the public, and settled with the federal government for $635 million.

In 2010, the company began to market and push an abuse-deterrent version of OxyContin that made it harder to crush and dissolve. However, a New England Journal of Medicine study published in July 2012 found that 24 percent of people surveyed found a way to defeat the tamper-resistant properties of the drug, and 66 percent admitted to switching to a different opioid all together.

The new drug of choice: heroin.

One of the 2,500 people surveyed said “Most people that I know don’t use OxyContin to get high anymore. They have moved on to heroin [because] it is easier to use, much cheaper, and easily available.”

In 2011, Dr. Portenoy, who earlier stated “opioid maintenance therapy can be a safe, salutary and more humane alternative to the options of surgery,” spoke about his comments in the 1980s. In light of the overwhelming evidence, he had a significant change in heart.

“Clearly if I had an inkling of what I know now then, I wouldn’t have spoken in the way that I spoke. It was clearly the wrong thing to do,” he said in a recorded conversation with a fellow doctor.

According to the latest World Drug Report, conducted by the United Nations Office on Drugs and Crime, 29.5 million people worldwide used drugs in 2015.

The United States, which makes up 4 percent of the world’s population, accounted for 27 percent of all deaths caused by drugs globally.

In 2017, the U.S. Department of Health and Human Services declared the opioid crisis an epidemic, and outlined a five-tier plan to help combat the growing crisis across every section of America.

According to the announcement made by Department Secretary Thomas Price, the focus is on the following:

This announcement occurred oh the heels of the 2016 U.S. Food and Drug Administration requirement to issue a “black box” warning for opioid painkillers such as oxycodone and fentanyl.

The warning includes information about the risk of abuse, addiction, overdose and death if the product is misused.

According to the Centers for Disease Control and Prevention, in 2016 the number of drug overdose deaths increased by 21 percent, with two-thirds of those deaths caused by opioids.

As the number of opioid related deaths increased in the United States, life expectancy has dropped for the second year in a row.

State lawmakers are also working to combat the crisis on a local level by developing state prescription drug monitoring programs.

To learn about the new White House initative, Crisis Next Door, or to share your story, visit https://www.crisisnextdoor.gov/. 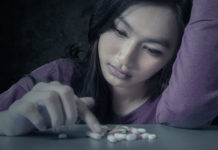 Opioid Addiction is A Chronic Disease: Treat It As Such 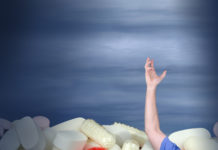 What Is Opioid Addiction? 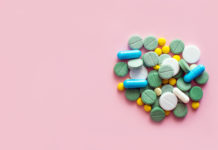 Opioids for Chronic Pain: Are They For Me?