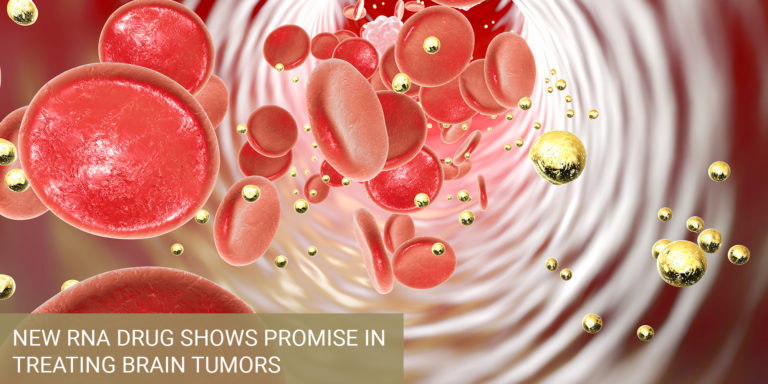 In a recent study published in Science Translational Medicine, scientists from Northwestern University explain that they have developed a type of ribonucleic acid (RNA) drug that targets the cancer-promoting gene, Bcl2L12, which is thought to be the cause of a type of cancer known as Glioblastoma.

The drug, named NU-0129, was made with a gold nanoparticle foundation, which when paired with small interfering RNA (siRNA), was able to penetrate the blood-brain barrier and reduce the expression of the gene in tumors.

The study was headed by senior author, and co-developer of the drug, Alexander Stegh, Ph.D., who is an associate professor at Northwestern, and Chad Mirkin, Ph.D., a professor, and director of the International Institute for Nanotechnology, who is the subsequent creator of the SNA platform being used to develop the drug.

Stegh and Mirkin were able to identify Bcl2L12 as the primary target for their potential therapy, as they found it played a large role in regulating programmed cell death, a process known as apoptosis. The duo also found that Bcl2L12 was responsible for the increased expression—the process by which the information encoded in a gene is used to direct the assembly of a protein molecule—of brain tumors.

By using SNA technology, previous studies have shown that NU-0129 was able to pass through the blood-brain barrier in mice. In this study, Stegh and Mirkin, along with their colleagues, tested the drug on a group of monkeys, where it was found to be effective.

Once positive results were observed the group turned their attention towards a group of eight human volunteers with a history of Glioblastoma, all of which received a single injection of NU-0129 before surgery.

The gold particles in the center of the drug allowed scientists to observe how the drug moved within the body, and how it interacted with tumor cells. Upon observation, the group found that there was a reduction in Bcl2L12 after treatment, which was accompanied by an increase in proteins associated with apoptosis. Scientists involved with the study noted that ‘These results suggest that spherical nucleic acid nanoconjugates [NU-0129] can potentially treat Glioblastoma.’

While there is still more research that needs to be done to prove the safety and efficacy of NU-0129, scientists at Northwestern University say that future research into the drug could prove useful in the treatment of Glioblastoma.

Brain cancer in and of itself is rare. Of the roughly 80,000 brain tumors diagnosed in the United States each year, only about 32% are considered malignant or cancerous according to the National Foundation for Cancer research. Overall, the chances of someone being diagnosed with a malignant tumor in the brain or spinal cord is less than 1%.

Glioblastoma is the deadliest type of brain cancer, accounting for nearly 45% of all malignant brain tumors. Not surprisingly, Glioblastoma is an exceptionally difficult cancer to treat. This is partly due to the blood-brain barrier, which prevents many protein-based drugs from entering the brain.

What Questions About Glioblastoma Do You Have?

Ask away in the comments section below!

What Topics Should We Cover Next?