There are multiple benefits to our health and to our environment when we eat organic foods.

From a health perspective, eating organic foods may provide more nutrients than conventionally-grown foods, and also reduce our exposure to pesticides and hormones.

In this article, we explore what the science says about how organic, local foods may be better for pain management, and highlight areas where the debate is still ongoing.

When we talk about foods being organic, we are referring to the way foods were produced, cared for, and harvested until they get to the final consumer. According to the UN Food and Agriculture Organization (FAO) and World Health Organization (WHO),

“Organic agriculture is a holistic production management system which promotes and enhances agro-ecosystem health, including biodiversity, biological cycles, and soil biological activity. It emphasizes the use of management practices in preference to the use of off-farm inputs, taking into account that regional conditions require locally adapted systems. This is accomplished by using, where possible, agronomic, biological, and mechanical methods, as opposed to using synthetic materials, to fulfil any specific function within the system.”

In other words, organic agriculture ensures that the production of a food promotes environmental health by implementing practices that are beneficial for the health of flora and fauna, while also removing potential risks to human health.

What Does the Evidence Say?

When it comes to eggs, it is important that they be organic as well as barn-laid or free-range eggs to get the maximum Omega-3 content.

There is a significant difference in dairy with regards to fatty acid content. A meta-analysis demonstrated that organic dairy products contain significantly higher protein, Omega-3, ALA, EPA and DHA than conventional dairy.

Pesticides cause oxidative damage and inflammation in the human body, both of which increase the probabilities of the appearance of chronic illnesses.

Foods like broccoli, spinach, and tomatoes are high in lipoic acid. This study demonstrates how the lack of pesticides could avoid inflammation and cell damage, and how components in some organic foods could even revert the negative effects of exposure to pesticides.

This is one of the most debated aspects when comparing the differences between organic and conventionally-grown foods. The studies that exist to compare nutritional content of the two are highly criticized due to flawed methods.

Some studies were unable to identify a significant difference in nutritional content between organic and conventional foods.

Another study described how the content of vitamin C and A had more to do with the genetics of the plant, the environment, and the post-harvest practices than with whether they were organic or not.

There are some health benefits to consuming organic foods over conventionally-grown foods. While some claim that the ability to alleviate chronic pain is due to an improved content of vitamins and minerals, it is most likely that the lack of pesticides and antibiotics, in addition to a boost in Omega-3 content in some foods, are the ones responsible for the beneficial effects of an organic diet on health.

Not sure which foods to buy organic? Check out this great infographic from One Green Planet: 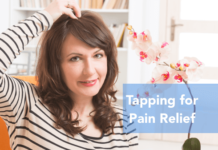