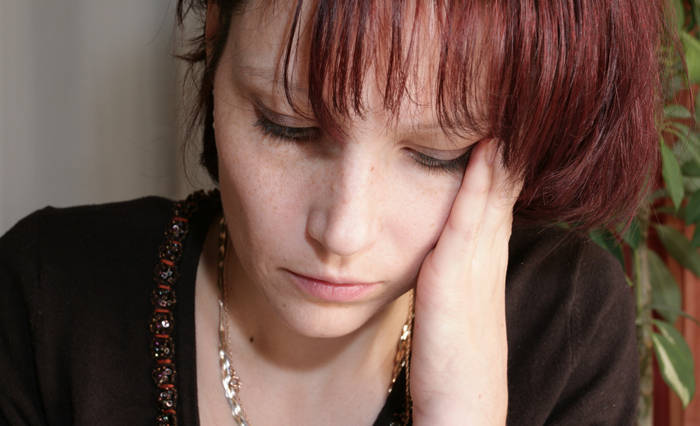 Take our Pain Quiz. The more you know, the better you’ll feel.

Pain is a regular part of the lives of a staggering 75 million Americans. Some 32 million of those say they’ve been living with it for over a year. That’s a long time to be hurting – long enough to begin to feel like an expert on the topic. But as medical conditions go, pain is a particularly tough nut to crack. Even bona fide experts don’t know a lot about why we ache. When you realize how complex pain is and how relatively little we understand about it, it’s easier to see why there are so many myths and misconceptions out there.

But like any other aspect of your life, the more you know the better you fare, says Sean Mackey, M.D., Ph.D., chief of the division of pain management at Stanford University, in Palo Alto, California. The more educated you are about your pain, the more empowered you are. As such, you’ll have a greater ability to take a role in your pain management and ultimately impact the course of your pain. So take our quiz to find out your pain IQ, and maybe pick up a fact or two that’ll help you feel better faster.

1) The brain itself can’t feel pain because:

Answer: 2. Brain tissue has no pain sensors or nerve endings. If you take away the skull, the skin and bone, and the tissues surrounding the brain, the brain itself doesn’t feel anything, explains Jon-Kar Zubieta, M.D., Ph.D., a neuroscientist at the University of Michigan, in Ann Arbor. You can literally go through the brain with a needle and not feel a thing. What about the pain caused by a headache, stroke, or seizure? These are felt by pain receptors in the blood vessels and tissues surrounding the brain.

2) Which of the following side effects are linked to long-term use of opioid drugs like morphine, codeine, and oxycodone?

Answer: 4. Long-term use of opioids generally four months or longer has been linked to serious side effects. However, these drugs are still the best tool a physician has for combating chronic pain. Despite a tremendous amount of research into what causes pain and the development of alternative treatments, opioids still remain the gold standard. And a lot of patients do very well on them, Mackey says. Opioids help relieve pain and suffering, help improve function and help some people get back to work. But there are side effects and potential downsides to these medications. We’re beginning to appreciate that the use of these drugs comes with a cost.

It’s worth noting that not everyone experiences side effects when taking opioids. But if you’re one of those who do, Mackey says, it’s time to have a conversation with your doctor to determine which medications are right for you.

3) What may be the most popular alternative treatment for those with chronic pain?

Answer: 4. Prayer. According to a 2005 study, 58 percent of Americans had used prayer to ease their pain, more than any other non-drug approach. And for good reason, it seems to work. Religious practices, such as prayer, appear to increase the pain threshold, says Harold G. Koenig, M.D., co-director of Duke University’s Center for Spirituality, Theology and Health, in Durham, North Carolina.

Koenig cites a recent study in the journal Pain in which participants looked at a secular or a religious painting, then were given electric shocks. The results? Those looking at the religious paintings had less pain. Most notably, MRI scans showed that activity in the areas of the brain that perceive pain was lower. Prayer may give meaning to the pain. It may reduce the anxiety that surrounds the pain. It may give people hope in the midst of their pain, Koenig theorizes. We don’t really know how it works, but there are many case studies to say that it does work.

There’s growing evidence supporting a link between pain management and religious coping, according to Karen Dunn, R.N., Ph.D., associate professor at the Oakland University School of Nursing, in Rochester, Michigan. Prayer brings people a sense of peace, she says simply.

4) True or False: Red-haired people are more susceptible to pain.

Answer: 1. True. Red hair nearly always results from mutations of the melanocortin-1 receptor gene, explains Daniel Sessler, M.D., chair of the department of outcomes research at the Cleveland Clinic. This same mutation has been associated with increased sensitivity to pain. Redheads seem to require more general anesthesia than people with dark or blonde hair and are more resistant to local anesthetics. What causes gingers to feel more pain and need more anesthesia is still pretty much a mystery to pain experts, but it seems to be clearly related to alterations in this gene.

5) What substance do chronic pain sufferers have less of in their spinal fluid?

Answer: 1. Endorphins. If your body releases endorphins, they will suppress pain, says Jon-Kar Zubieta. But if you’ve been hurting for a long time, you’re likely to have fewer endorphins in your spinal fluid. What’s more, the receptors in your brain are also probably not functioning as well as they once did. That’s because the firing of pain signals and the body’s constant attempts to give relief make everything less efficient over time. To pump up your endorphin levels Zubieta suggests exercise. Even though you may hurt, physical activity is almost better than anything else, because it releases endorphins and mobilizes muscles.

6) In general, more women than men experience chronic pain, but when does this gender difference diminish?

Answer: 3. After Menopause. Estrogen seems to be key to pain in women. The hormone has a lot to do with the production of serotonin and the fight-or-flight hormone epinephrine and it affects the body’s opioid system, which controls pain. Before menopause, says Zubieta, a woman’s menstrual cycle causes her estrogen levels to naturally wax and wane. Those ups and downs seem to partially account for why younger women have greater pain perception than men. After menopause, Zubieta explains, when there’s no estrogen around, the hormonal environment is less different between men and women, and differences in pain perception diminish.

7) True or False: The brain can continue to send pain sensations even when there is no painful stimulus.

Answer: 1. True. But this is the reason for a large number of chronic pain syndromes, including fibromyalgia, lower back pain, and other forms where we cannot identify an ongoing source of injury, says Sean Mackey. In many cases, long after the original injury has healed, a patient is left with pain. The brain is still thinking that something is terribly wrong, when in fact it’s not. Mackey recommends physical therapy as one effective way to overcome this type of chronic pain.

8) What percentage of people who use opioids are at risk of addiction?

Answer: 1. Less than 5%. Hard statistics are difficult to come by, but only a small percentage of people are at real risk for addiction. You can take opioids after surgery and get good pain relief and simply stop taking the medication when your pain goes away, Mackey says. But there are a percentage of people for whom opioids release dopamine. Dopamine is associated with pleasure, which reinforces desire. This sets people up to want to take these drugs again, even if they don’t have any pain. Mackey stresses that it has nothing to do with whether someone is weak-willed. Rather, it’s about how your brain is wired and your brain chemistry. Concerned? Talk to your doctor about the risk and benefits.

9)How many states approved medical marijuana in 2016?

Answer: 2. 5 states. This includes Arkansas, Florida, North Dakota, Ohio, and Pennsylvania. This is more than in any other year to date. According to Americans for Safe Access, which promotes safe and legal access to cannabis for therapeutic use and research, cannabis can help relieve pain on its own or in combination with analgesic drugs, and it can ease nausea caused by opioids or severe pain itself. For more information about medical marijuana, go to safeaccessnow.org.

10) Which of the following is not an example of referred pain, or feeling pain somewhere other than the cause of pain?

Answer: 2. Feeling pain from an amputated limb or a removed organ is called phantom pain. That’s when there’s nothing there, but it hurts like hell. It may have to do with the brain receiving signals as if that portion of the body were still there, says Joel S. Hochman, M.D., executive director of the National Foundation for the Treatment of Pain. Visualization in which a patient imagines moving the lost part of their body may reduce the pain, Hochman notes. Phantom pain seems to involve the central nervous system because drugs that affect that part of the brain can ease discomfort. Referred pain, he says, occurs when neurons near the pain site release chemicals that excite other neurons in the same area of the brain, causing a wider sense of pain.
SCORING: Give yourself one point for each correct answer:

0-3: Ouch! Definitely room for improvement here.
4-7: Good work; your pain IQ is solid.
8-10: Excellent. Your knowledge of pain is acute!

True or False: Pain is measurable.

Answer: Give yourself a point if you said either True or False.

Measuring pain isn’t like taking your blood pressure or heart rate; there isn’t an indisputable number that shows exactly how much you’re aching or what you’re feeling. Pain is way more subjective. Individuals can measure pain meaning, you can tell your doctor how you’re feeling and check the boxes on a pain scale but how pain is perceived differs widely from person to person. You might just wince at a bumped knee, while your friend is doubled over in agony at the same bump. That’s why pain doctors have to rely on tools like the McGill Pain Questionnaire, where they ask patients to report their own pain. If you think about it, any sensory experience touch, sight, smell, taste,

If you think about it, any sensory experience touch, sight, smell, taste, sound we have is subjective, says Robert C. Coghill, Ph.D., an associate professor at Wake Forest University School of Medicine, in Winstom-Salem, North Carolina. Different people rate pain stimuli in hugely different ways. And when you look at their brain activity, it reflects their pain rating. People who are highly sensitive show more activity in the brain’s pain structures; those who are more insensitive have much less activity. 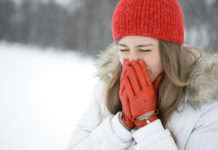 How to Weather the Winter With Chronic Pain: 7 Tips