Twenty-four years ago, Nirvana front man Kurt Cobain committed suicide at the age of 27 on April 5, 1994. The conversation surrounding mental illness and suicide has evolved as people have become more candid about their mental health struggles.

According to the medical examiner’s report, Cobain sustained a self-inflicted gunshot wound to the head, and also had a lethal dose of heroin and Valium in his system. An electrician found Cobain in the greenhouse above his Seattle home.

Cobain was reported to have suffered from addiction and depression for years before his suicide.

A month before his death, Cobain was rushed to a hospital in Rome, Italy, after an overdose on March 3. In an event that eerily foreshadowed his death, he and his wife, singer Courtney Love, drank champagne the night prior, but Cobain was unresponsive in the morning.

Doctors said Cobain had overdosed on champagne and Rohypnol. Rohypnol, which has never been approved for use in the United States, is used overseas to treat insomnia by producing an anti-anxiety and muscle relaxant effect in the body.

Once back in the United States, Love called the police on March 18 to report her husband has locked himself in the bathroom with guns and pills.

He vehemently told police that he wasn’t going to kill himself but was hiding from his wife.

At the end of March 1994, Cobain was checked into the Exodus Recovery Center rehab facility in Los Angeles, and later escaped by scaling the wall.

Cobain is among many other artists who died at age 27 of suicide or overdose, a group dubbed the “27 club.”

Members of the “27 club” were believed to be battling depression and mental illness using drugs, alcohol and other forms of risky behavior.

The Stigma of Depression

The discussion of depression and suicide has evolved since Cobain died in 1994.

Back then, people who committed suicide were often judged as being cowards or selfish for leaving friends and family to deal with their absence. However, those opinions did not explain the realities of what those with mental illness deal with daily.

With the evolution of technology and social media, people are speaking out and being more candid about their struggles, shining a light on what it’s like to live with a mental illness. Indeed, we are moving forward, but more progress needs to be made.

In the United States, 40 million adults above the age of 18 suffer from anxiety disorders, according to the Anxiety and Depression Association of America.

The problem globally affects 1 in 13 people, according to the World Health Organization.

A published article, “Understanding the impact of stigma on people with mental illness,” discusses stigma in two forms: public stigma and self-stigma.

The stigma of mental health leads to other conditions, including social isolation, self-esteem issues, discrimination, lack of a supportive community, difficulty with employment opportunities, access to proper health care and trouble with addiction.

“Although stigmatizing attitudes are not limited to mental illness, the public seems to disapprove persons with psychiatric disabilities significantly more than persons with related conditions such as physical illness,” the study said.

The study included three categories that have appeared to change the public stigma associated with mental illness. The strategies include a three-tier approach: protest, education and contact.

“Stigma is further diminished when members of the general public meet persons with mental illness who can hold down jobs or live as good neighbors in the community.”

“Research has shown an inverse relationship between having contact with a person with mental illness and endorsing psychiatric stigma,” the study said.

For many people who have depression, they may possess a self-stigma or an internalized belief of being devalued because of their mental illness or disorder.

As people with mental illness openly discuss their battle, the stigma for all of those suffering has decreased.

Combating the Stigma of Mental Illness

People who open themselves up about living with a mental illness are pioneers in the field of acceptance, paving a better future for the next generation. They are giving a face and recognizable name to the disease, which is complicated and often difficult to understand.

The Internet and social media have also given people more access to find supportive communities and messages. When suffering from major depression or anxiety, finding support and getting help are necessary steps for feeling better.

Baseball legend Darryl Strawberry had a very public battle with addiction and depression. Today he works to help people find a path to recovery. “When you allow yourself to be treated, you allow yourself to get better,” he said. “I want you to think about rewriting your story. No matter what’s happened, there’s a miracle in side of you… waiting to come out with the help of others.”

For more information about support groups and dealing with mental illness, go to the National Alliance on Mental Illness. 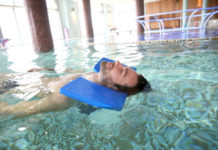 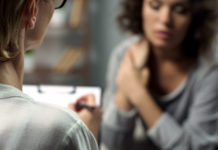