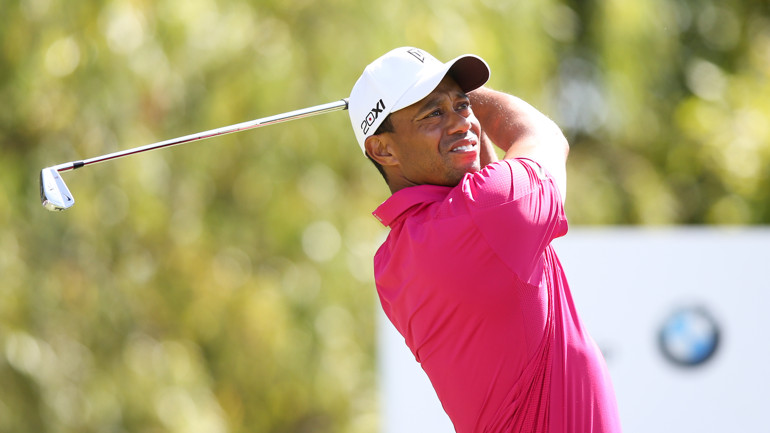 Tiger Woods was charged with a DUI earlier this week, but claims that alcohol wasn’t the culprit. Police found Woods asleep behind the wheel of a 2015 Mercedes-Benz at 3:00 am Monday morning, and reported that he appeared groggy and incoherent.

In a statement released later in the day on Monday, Woods stated that the reason he had fallen asleep at the wheel was “an unexpected reaction to prescribed medications.” This, along with his mug shot, where Woods, once the fresh face of golf, looks like a shadow of his former self, has people asking questions. Namely: Is Tiger Woods addicted to pain medications?

Does Tiger Woods Have a Problem with Pain Medications?

Woods has a history of sports injuries resulting in knee and back pain, so he is most likely prescribed drugs to help cope with the pain of his injuries. The question, however, is whether or not Woods is abusing these pain medications. His friends seem to have mixed opinions.

Jack Nicklaus told Golf.com, “I’m a friend of Tiger’s. I feel bad for him. He’s struggling… He needs support from a lot of people. I’ll be one of them.”

Another friend of Woods’, Charles Barkley, disagreed with Nicklaus. “Even Jack Nicklaus, somebody I really respect, talking about, ‘Tiger really needs help.’ Well, he don’t know that,” he said on a radio interview on 97.5 The Fanatic Philadelphia, according to TMZ. “We don’t know if Tiger has a drug problem. He just had a bad reaction [to prescription medication]. He wasn’t out there drinking and driving.”

Of course the only one who will be able to determine if he has a problem with pain medications is Woods himself, along with his physician.

The Problem with Mixing Pills

When people mix various pills, it’s easy for them to have bad reactions with one another. This can be difficult to manage when pills are preescribed by different doctors. For example, mixing antidepressants with methadone can increase the sedative effects of each individual drug, according to Russell Jenkins, M.D., a member of the board of directors for the Institute for Safe Medication Practices in Huntingdon Valley, Pa. He goes on to add that pills and supplements can also be a problem, because supplements do not fall under the same Federal Drug Administration (FDA) regulation as prescribed medications.

What if I Have to Take Pain Pills?

Hearing stories like Woods’ recent arrest can be especially alarming for people who rely upon pain medications to cope with chronic pain. Pain medications don’t only alleviate pain, they tap into our natural hardwiring for pleasure-seeking. They can “hijak the brain’s reward system,” said Andrew Kolodny, M.D., a senior scientist at Brandeis University and chief medical officer at Phoenix House, a national nonprofit center for addiction treatment. In short, it’s easy to get addicted.

Prolonged use of pain medications cause overused pleasure circuits in the brain to start shutting down, making users feel anxious and depressed. Eventually people use the pills not to feel good, but more to avoid feeling terrible. Additionally, repeated exposure can damage the brain’s frontal cortex, the part of the brain that helps people recognize and control negative behavior.

If you are prescribed pain medications, it is important to embrace painkiller safety best practices. People with addictive personalities, mental health disorders (now or in the past) anxiety and/or depression are at a greater risk of becoming addicted to pain medications. If you or a close relative have experienced any of the conditions listed above, be very mindful when taking pain medications, and take them exactly as prescribed. If you start to feel out of control or like you might be getting addicted, contact your physician immediately, who will help guide you in the right direction.

Golf is a great way to clear your head and work fitness into your schedule. For more information on golf training and its benefits, read: Golf Training on Sports Fitness Advisor.