In January of 2017, I had a searing pain on the front right side of my left knee after going on a run the night before. I had run six miles, and figured I just ran too far, so I decided to give myself a few days off. After about two weeks, the pain wasn’t subsiding. It was like a toothache that just wouldn’t stop. I had a cruise scheduled for mid-February, and was getting concerned that the pain would impede me on my cruise. I went to see my primary care doctor, who also likes to run and bike. He told me the knee pain was most likely the result of a meniscus tear.

I was all too familiar with the term from my knee surgery back in 1994. The doctor had said I had a meniscus tear during my lateral release, but it hadn’t torn all the way through. In some cases, they can heal themselves, so when Antonio Castellvi, M.D. said let’s try steroids in the knee and quit running for awhile, I was all in.

After two weeks of rest, I went on my cruise and my knee was feeling great! I wasn’t even limping, and there was no sign of pain whatsoever. I just decided I would walk instead of running to give my knee some time to heal. I stopped running altogether for a full eight months.

I had booked another cruise, and was worried I was gaining too much weight because my runner’s appetite never stopped. I always had the luxury of eating whatever I wanted and never gained an ounce, partly because of running and also partly because I am a drummer. In October of 2017, I decided to give running a try. I ran a 5k, and didn’t run the entire distance, just short bursts, walking most of the way. The next day the pain was back, and this time it was worse.

I went back to my doctor, who scheduled an MRI. Bingo! First confirmation of a meniscus tear, and it was in fact full thickness. I scheduled my surgery for after the first of the year, January 24th, with the same doctor who operated on my knee back in 1994, Dr. Steve Mirabello, team doctor for the Toronto Blue Jays.

The surgery went as planned. Dr. Mirabello said the surgery was a complete success, and expected a full recovery. I could walk right away, and then start exercising after one week and then with all hope, I can start running again in four to six weeks.

After five weeks, I felt ready to put on my running shoes and run another 5k. I ran/walk very carefully, and was more than happy with how my knee felt, even in this 51 year old body. The next day I woke up hoping and praying my knee didn’t hurt. It didn’t! Dr. Mirabello over delivered, and now I am back to running, although not as far, but running regularly.

I tried to do the non-surgical approach first to let the body try to heal itself, but sometimes we just need the help of a professional. Most people think surgeons just want to open you up. That’s how they get paid! But contrary to popular belief, Dr. Mirabello always chooses therapy before surgery. If you are feeling pain in your knee, get it checked out immediately and see what your options are. Hopefully you will have the same outcome I did.

Much health and run safe! 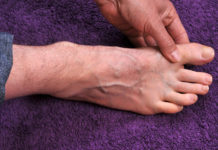 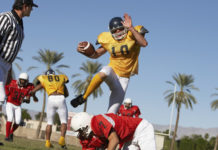 The 5 Most Common Football Injuries (and How to Prevent Them)

Could Adult Stem Cells Have the Answer for What Ails You? 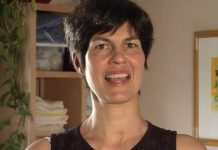 3 Tips to Improve Your Posture Today