There’s some solid research showing that marijuana can help ease nausea and vomiting, as well as various types of pain, including some types of chronic pain. But comparatively little science has been done on whether the way cannabis is ingested affects pain reduction. Is smoking pot better than eating it in a brownie? Is vapor more effective than a tincture?

A new study in the journal Neuropsychopharmacology attempted to answer those questions, at least in part. Specifically, researchers at Columbia University’s Substance Use Research Center in New York City looked at whether taking a pill containing tetrahydrocannabinol (THC), pot’s main psychoactive ingredient, had more analgesic benefits than smoking.

The study compared smoking marijuana to taking dronabinol. Dronabinol is a pill containing THC that is used to treat nausea and vomiting resulting from chemotherapy, among other health problems, according to the National Institutes of Health’s National Library of Medicine. Though it wasn’t large, just 15 men and 15 women participated, it was a randomized, placebo-controlled trial. This means some people got a dummy pill or smoked something that wasn’t pot. Others received the real deal. However, neither of those groups knew if they’d received a placebo. The researchers wanted to know which of the two methods of delivering medical marijuana was more effective in easing pain sensitivity.

The researchers found that, compared with a placebo, both the pill and the smoked pot alleviated pain and aided in pain tolerance. What’s more, the two methods ranked very similarly for both sensitivity and tolerance. However, the dronabinol provided longer relief. That indicates that anyone using medical marijuana for pain will probably benefit as much from a pill as from taking a toke.

Marijuana, whether used for pain relief or recreationally, is not without negatives. The National Institute on Drug Abuse states that pot can be addictive. About 4.5 million Americans meet the definition of marijuana abuse or dependence. Those that begin using in their teens may experience reduced memory and learning. A final consideration is that smoked marijuana has similar health risks to tobacco.

Do you use medical marijuana for pain relief?

Is it effective for you? Tell us about it! 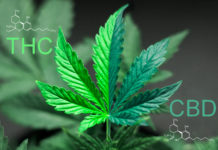 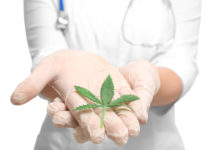 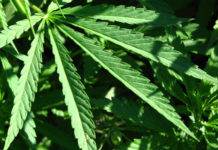 Tackling The Issue Of Medical Marijuana For Chronic Pain