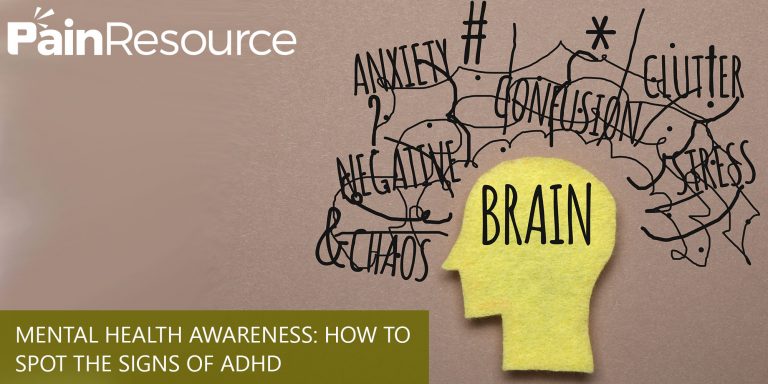 When you think of attention-deficit/hyperactivity disorder (ADHD), you probably think of young, school-aged children with impulsive behaviors. And while this may often be the case, a large percentage of the adult population suffers from ADHD as well. Understanding the signs of ADHD can help you get treatment for yourself or a loved one sooner rather than later. Below is everything you need to know about ADHD, as well as what treatment options are available. 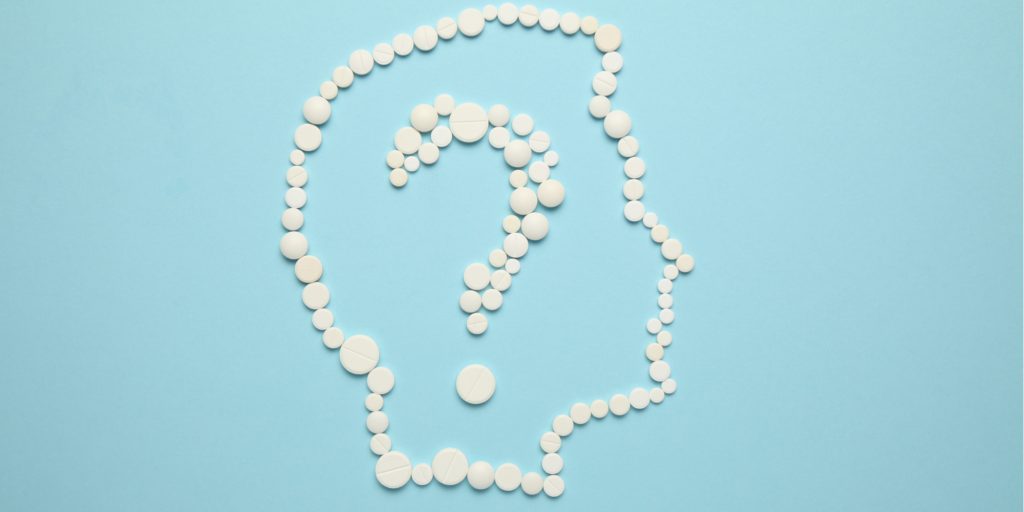 ADHD is one of the most common mental disorders that affect children. For most, ADHD manifests as the inability to focus, sit still, or constantly forget things. While ADHD is mainly a mental disorder among children and adolescents, it can affect adults as well. Around 8.4% (6.1 million) of children and 2.5% (5.3 million) of adults have ADHD.

ADHD is often first diagnosed in young children and will carry on into adulthood. Males, especially young boys between the ages of five and eight, are three times more likely to develop ADHD.

Early signs of ADHD in children can include difficulty paying attention in school and frequent disruptions in the classroom. For adults, symptoms of ADHD may subside with age, but others may experience them worsening with time.

The exact scientific cause of ADHD is still unknown. Scientists have studied the potential causes and risk factors associated with ADHD for years to understand it better. While no definitive answer has been given, many scientists believe that genetics may play a role in the development of ADHD.

Some other theories behind the potential causes of ADHD include:

Are there Different Types of ADHD?

There are a few different types of ADHD. According to the American Psychiatric Association, there are three different types. Each has its own set of symptoms and, based on those, may require different treatments.

Inattentive Type: Inattentive-type ADHD is typically classified as someone who may find it hard to organize or finish a task, pay attention to details, follow instructions, or engage in conversation with others. Given the name, this type of ADHD typically applies to easily distracted people and those with lower attention spans.

Hyperactive-Impulsive Type: Similar to those with inattentive-type, hyperactive-impulsive type ADHD refers to individuals who have a large amount of difficulty sitting still or relaxing. People with this type of ADHD may fidget or squirm frequently, interrupt others, find it hard to wait their turn, or have difficulty sitting for long periods. Young children with hyperactive-impulsive type ADHD will often run, jump, or climb things constantly.

Combination Type: Combination type ADHD refers to someone who displays some symptoms of both inattentive type and hyperactive-impulsive type ADHD at the same time.

Signs of ADHD in Children 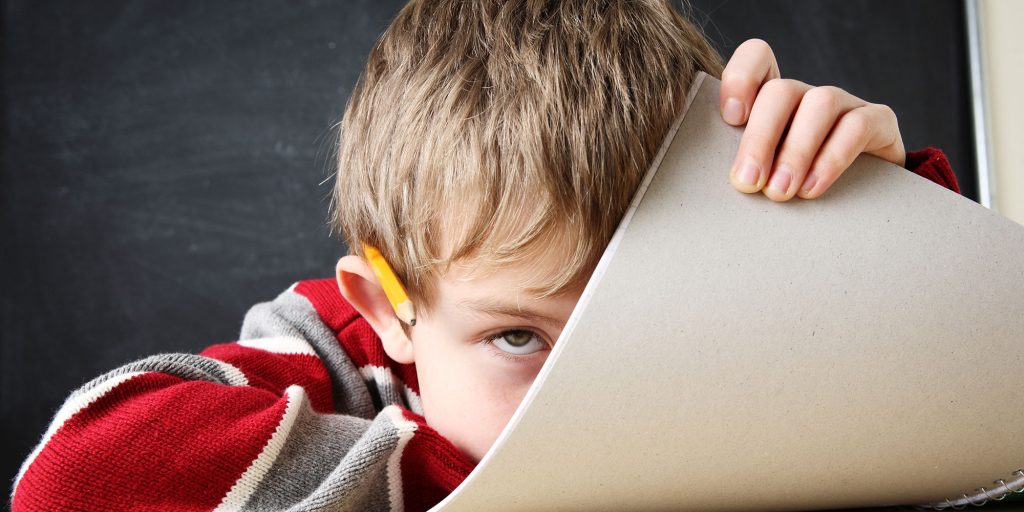 ADHD is most commonly diagnosed in young children. What can make a proper diagnosis difficult is the typical behavior of young children. It is entirely normal for children to have difficulty focusing and behaving at school from time to time. However, children with ADHD will not simply “grow out” of them. Symptoms of ADHD will typically continue with age and will often start to appear at home and around family or friends.

Signs of ADHD in young children may include some of the following:

Signs of ADHD in Adults

While not as common, ADHD can develop during adulthood. While some adults with ADHD report their symptoms improving with age, many adults continue to experience major symptoms that can interfere with their everyday lives.

Some common symptoms of adult ADHD can include:

What Treatments Are Available for ADHD? 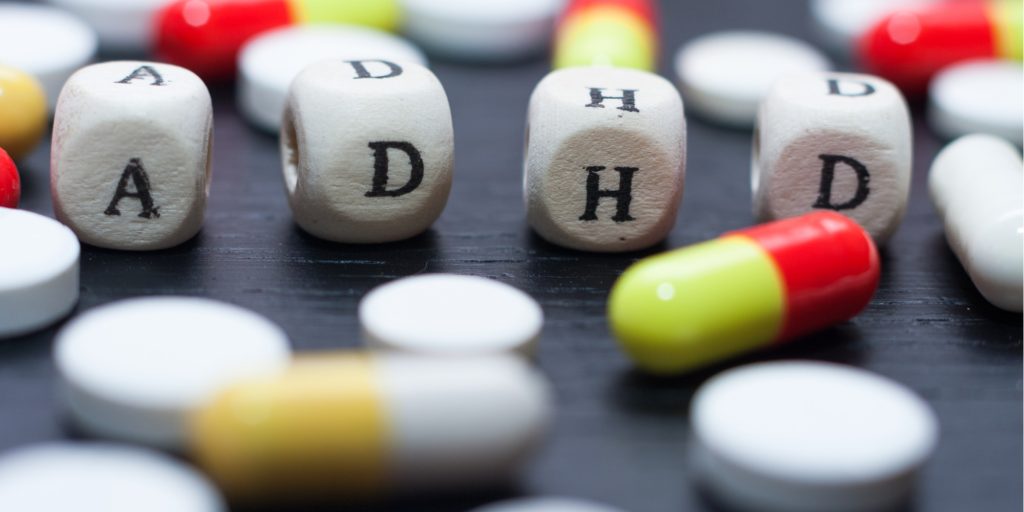 There are a number of different treatment options for ADHD for both children and adults. The two main routes for treatment are prescription medications and behavioral therapy. For some, medication or therapy alone can be enough to curb ADHD symptoms. However, some cases require a combination of both in order to see an improvement.

There are two main types of medications used to treat ADHD: stimulants and non-stimulants. While both can be effective at treating ADHD, there are some key differences between the two.

Stimulants are the most commonly prescribed medication for ADHD. They are fast-acting medications and are a very effective way to treat symptoms associated with attention span, impulsive behavior, and hyperactivity. Nearly 80% of children see an improvement in their ADHD symptoms shortly after starting stimulant treatment.

Stimulant medications are not classified as habit-forming drugs, which makes them especially useful for treatment in children and young adults, as there is no evidence that using them leads to future drug abuse. However, there is always a risk for potential drug abuse when dealing with any prescription medication, so it’s always important to talk with your doctor before deciding on a treatment method.

Some commonly prescribed stimulant medications include:

Non-stimulants are another prescription medication treatment used to treat ADHD. These types of medications were approved for the treatment of ADHD in 2003 by the Food and Drug Administration. While non-stimulants do not work nearly as fast as stimulants, their effects can last for up to 24 hours, nearly twice as long as stimulants. Choosing between stimulants and non-stimulants is an important decision. There are a number of deciding factors that can determine what type of medication is best, which is why it is always important to talk with your doctor to see which is better suited for your needs.

Some common non-stimulant medications used to treat ADHD include:

Behavioral therapy can be a great alternative for those wishing to treat the symptoms and root causes of ADHD without medication or for those who may be unable to take medication due to side effects or allergies.

What Are Your Experiences with ADHD?