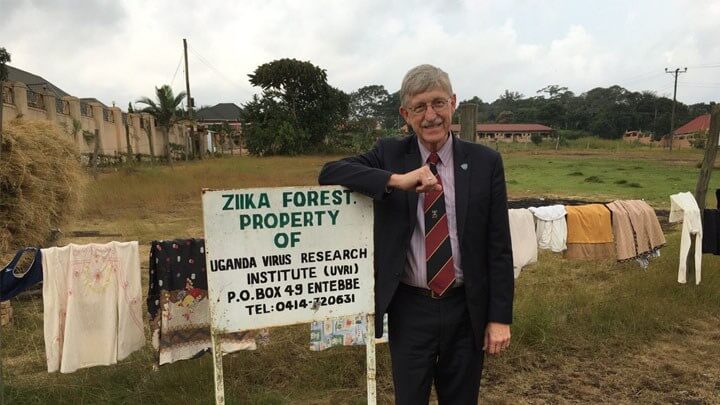 A couple of summers ago, the threat of mosquito-borne Zika virus disease in tropical areas of the Americas caused major concern, and altered the travel plans of many. The concern was driven by reports of Zika-infected women giving birth to babies with small heads and incompletely developed brains (microcephaly), as well as other serious birth defects. So, with another summer vacation season now upon us, you might wonder what’s become of Zika.

While pregnant women and couples planning on having kids should still take extra precautions [1] when travelling outside the country, the near-term risk of disease outbreaks has largely subsided because so many folks living in affected areas have already been exposed to the virus and developed protective immunity. But the Zika virus—first identified in the Ziika Forest in Uganda in 1947—has by no means been eliminated, making it crucial to learn more about how it spreads to avert future outbreaks. It’s very likely we have not heard the last of Zika in the Western hemisphere.

Recently, an international research team, partly funded by NIH, used genomic tools to trace the spread of the Zika virus. Genomic analysis can be used to build a “family tree” of viral isolates, and such analysis suggests that the first Zika cases in Central America were reported about a year after the virus had actually arrived and begun to spread.

The Zika virus, having circulated for decades in Africa and Asia before sparking a major outbreak in French Polynesia in 2013, slipped undetected across the Pacific Ocean into Brazil early in 2014, as established in previous studies. The new work reveals that by that summer, the bug had already hopped unnoticed to Honduras, spreading rapidly to other Central American nations and Mexico—likely by late 2014 and into 2015 [2].

Researchers have become quite adept over the past few decades at parsing genetic information not only to tell people more about their ancestry, but also to track the spread of infectious disease in cities or, in the case of Zika, across continents. While previous studies have offered some clues as to the timing of Zika’s spread, the new study—led by Charles Chiu, University of California, San Francisco, and Oliver Pybus, University of Oxford, United Kingdom—set out in 2016 to fill in additional details. The strategy was to isolate Zika’s RNA-based genetic material from the blood and urine of people who lived or visited Central America or Mexico and later showed symptoms consistent with Zika infection.

Because Zika is detectable in people only for a few days and usually at low levels, collecting enough of the virus’ genetic material to track its spread from country to country has been a real challenge. The team used a newly developed strategy designed to sequence all DNA and RNA present in a sample, while specifically enriching for genetic material from the Zika virus. Such an approach helps to ensure Zika virus was detected without missing other potential viral pathogens, which often produce similar symptoms.

Of 95 specimens collected from January to August 2016, they generated full and partial sequences for 61 Zika virus genomes. To understand the relationships among those 61 Zika virus strains, the researchers combined their new genomic information with existing data for another 298 Zika strains from around the world. They then analyzed that evidence to construct the viruses’ family tree.

That family tree shows, with a few exceptions, the viruses that infected people in Central America or Mexico descended from viruses collected from Brazilians. In fact, based on the analysis, the vast majority of Zika infections in Central America and Mexico traced back to a single importation event from Brazil.

The researchers next used the family trees to estimate when and where particular Zika strains diverged from one another. The genomic evidence suggests that the Central American strains diverged from those in Brazil sometime between July 2014 and December 2014. That’s about three months earlier than previous studies had suggested.

The genomic evidence showed that a Zika strain isolated from a person who fell ill in Honduras was most likely derived from strains circulating in Brazil, suggesting that the virus migrated to Honduras first. From there, Zika spread to Guatemala and Nicaragua and onward to southern Mexico from late 2014 to early 2015.

When the first cases of Zika were reported in Brazil in May 2015, the virus was already widely circulating in Central America and Mexico. While the first outbreak in Mexico was thought to have reached its peak in the middle of 2016, the new evidence suggests an earlier outbreak had gone undetected early in 2015.

The evidence also shows that many locations in Central America and Mexico experienced two waves of Zika infection per year, not just one. To better understand that pattern of infection, peaking approximately every 6 months, the researchers analyzed the environmental suitability in each country for Aedes aegypti mosquitoes that primarily transmit Zika virus to people.

Their findings suggest that conditions ripe for the spread of Zika virus occur in different parts of Central America and Mexico at different times of year, depending on elevation and other factors. While more study is needed, this spatial and temporal variability will be an important consideration for programs designed to control mosquitoes and for predicting how the virus is most likely to spread.

Zika virus is just the latest in a long line of viral outbreaks. The hope is that universal surveillance methods like the one employed in this study will help to pick up on the next one more quickly, whether it’s an outbreak of Zika virus or some other virus, known or as-yet unknown.

In the meantime, there’s more encouraging news on the Zika virus front: phase 1 clinical trials of an experimental DNA vaccine developed by scientists at the NIH’s National Institute of Allergy and Infectious Diseases showed that the vaccine is safe and induced an immune response in healthy adults [3]. A phase 2 trial designed to test the vaccine’s ability to protect against Zika virus launched in April 2017 has now enrolled more than 650 of its 2,500 planned participants and is expected to reach completion within a couple of years [4]. Other potentially promising versions of a Zika virus vaccine are also coming along. I’ll keep you posted.