People with ulcers know the struggle of living with chronic stomach pain. It’s an uphill battle that can leave you feeling sick if you don’t eat and sick if you do. There’s also the nighttime discomfort that can wake you up and disrupt your sleep routine, making matters worse. The good news is there are things you can do to find long-term ulcer pain relief.

Stomach ulcers are also called gastric ulcers. They are both forms of peptic ulcers. They are open sores that live in your digestive tract on the protective lining of the stomach and/or the upper part of your small intestine. Over time, ulcers cause more and more damage to your stomach lining. This is why you start to feel pain in your digestive tract. It’s your body’s way of telling you something isn’t right. 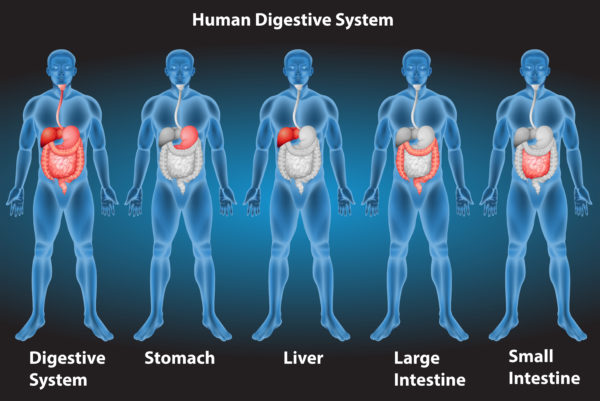 
Most people with gastric ulcers feel pain in the middle of their stomachs. They also report other uncomfortable digestive issues such as:

These symptoms tend to get worse over time. Some people with ulcers say the sharp, burning pain wakes them up out of a deep sleep.

Ulcer pain typically occurs when the stomach is empty, between meals and in the early morning hours, but it can also occur at other times. Your pain may last for minutes or hours.

The biggest problem with an undiagnosed ulcer (peptic ulcer disease) is trying to find effective ulcer pain relief. One of the common side effects of having an ulcer is losing weight because you don’t feel hungry or you intentionally stop eating in hopes of easing your stomach pain.

Many people living with ulcers initially think not eating will help because they won’t be pained by digesting food. That actually doesn’t work because your stomach acid is still churning in an empty stomach and it could make pain worse because there’s no food to digest.

Prior to getting a diagnosis, people living with ulcers try to self medicate with OTC antacids that reduces the amount of acid production in your stomach. While that might give you short-term ulcer pain relief, it’s not a long term solution. It doesn’t heal the damage that’s occurring in your stomach lining and small intestine.

Gastric ulcers can also be caused by a combination of the two.


Contrary to what popular culture tells us, gastric ulcers are not caused by spicy foods or stress. Certain types of foods, such as those high in fat and alcohol, can aggravate stomach ulcers. But foods do not cause the ulcers to form.


Both h pylori bacteria and NSAIDs break down the stomach lining. That lining is your stomach’s main line of defense against the acid it produces to digest the food you eat. When your stomach lining is irritated due to damage, your entire digestive tract is thrown out of whack.

H pylori cause a bacterial infection. It’s quite common in people of all ages. Some people with ulcers don’t even know they have the infection. The infection itself doesn’t cause symptoms. Doctors can treat h pylori bacteria with antibiotics and a medication called a proton pump inhibitor (PPI).

Since there can be multiple causes of your ulcer, it’s important to visit your doctor when you first begin experiencing stomach pain. She can give you a proper diagnosis and prescribe a treatment program.

If left untreated, ulcers can lead to more complex medical conditions like bleeding. Prolonged bleeding may cause anemia and lead to:


If you are tested for h pylori and have an infection, you’ll usually be prescribed a course of 2 or 3 antibiotics. Many doctors also prescribe proton pump inhibitors (PPIs). These are medications that reduce stomach acid production in your digestive tract. PPIs help prevent more damage to your stomach lining while your ulcer is healing. 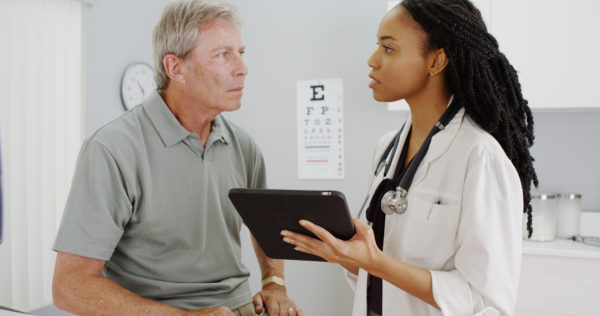 Another benefit of PPIs is that by reducing stomach acid, they ease ulcer-related symptoms and heal inflammation. This can provide effective ulcer pain relief.

Unfortunately, PPIs alone don’t cure the h pylori infection. As a result, the ulcer may heal, but it can recur. Antibiotics can treat or kill the h pylori bacteria (infection). It generally takes 4-8 weeks on medication for a gastric ulcer to heal. Commonly prescribed PPIs are omeprazole, pantoprazole and lansoprazole.

If your doctor thinks your ulcer is caused by taking too many NSAIDs, you’ll need to stop taking them. She may advise you to take acetaminophen (Tylenol) instead. You may also take a PPI to reduce stomach acid production and aid in ulcer healing. It takes approximately 4-6 weeks to feel ulcer pain relief.

Other things you can do to ease your peptic ulcer pain include:

If your ulcer pain gets severe, you may need to seek immediate medical attention. Symptoms like vomiting or blood in your stool could indicate bleeding. Since bleeding ulcers often heal and then bleed again, they require more extensive treatment regimens. Some people also need IV fluids and blood transfusions in the hospital.

Perforation is when an ulcer (sore) leads to a hole (or puncture) in the wall of your stomach. Other perforation symptoms include sudden, severe abdominal pain, a rapid heartbeat, and a low body temperature.

Pay attention to your diet

While there are ongoing debates about food and ulcer pain, the truth is you need to pay attention to foods that hurt you while your ulcer is healing.

Some people find eliminating dairy, nuts, alcohol and fatty foods helps ease their pain. Other people who try the elimination diet find that other foods just seem to trigger gnawing or dull ulcer pain. Some people report they can eat spicy foods and that doesn’t trigger pain.

Obviously, a whole food, nutrient-dense diet of vegetables, fruits and whole grains is ideal. But the rule of thumb should be: “don’t eat it if it causes your discomfort”. 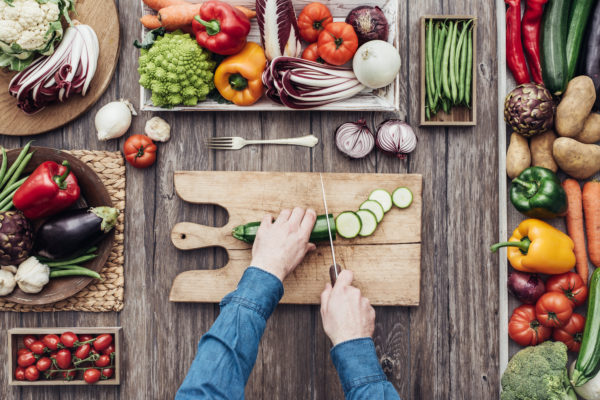 It’s important to remember not to skip meals. You’ll find ulcer pain relief more quickly if you can eat small, healthy meals or snacks throughout the day. This helps make sure your stomach doesn’t get empty.

This approach is more ideal than eating 2-3 big meals per day as your stomach ulcer heals. You may also want to start taking a probiotic or try natural remedies to help reduce your risk of further complications and support a healthy digestive tract long-term.

Share this video today with someone seeking ulcer pain relief:

What have you tried for ulcer pain relief? What works and what doesn’t?

Tell us your best tips and tricks in the comments!

What topics related to ulcer pain would you like to see us explore?