It’s clear that fibromyalgia isn’t in your head, but the stuff that is could be the key to treating it. Researchers are experimenting with a treatment that uses noninvasive cortical electrostimulation technology. High-frequency signals can affect parts of the brain associated with abnormal pain processing. Fibromyalgia patients receiving the treatment noted fewer tender points and less pain and fatigue than patients in a control group. Daily function and sleep patterns also improved for people receiving the treatment. More than just a quick fix, people who received the procedure said they still felt the benefits two years later.

Repetitive Transcranial Magnetic Stimulation Technology, or rTMS for short, uses magnetic coils to alter brain activity. The coils can be adjusted to reduce or increase the response of the corticospinal tract. This treatment has been found to give some relief not just to sufferers of fibromyalgia, but also to people with migraines, tinnitus, Parkinson’s disorder, and depression.

Early trials of rTMS gave fibromyalgia suffers some relief, but researchers found it difficult to reach the deeper brain regions affected by the condition. However, new techniques have helped the technology target the dorsal region of the anterior cingulate cortex, a part of the brain involved in pain and the functioning of the autonomic nervous system. This part of the anterior cingulate cortex is also connected to the prefrontal cortex, which has a strong link to chronic pain.

Fibromyalgia patients undergoing the new rTMS saw as much as a 56 percent reduction in their pain four weeks after their last treatment, a significant improvement over the 29 percent pain reduction noted after targeting the prefrontal cortex.

Technology also has the potential to help fibromyalgia sufferers manage their condition on a day-to-day basis and decrease their reliance on the healthcare system. However, it’s unclear at this stage which technology is best for this purpose. A 2014 study from the University of Minnesota examined whether healthcare practitioners could effectively monitor the symptoms of fibromyalgia sufferers using mobile devices.

The study saw 20 fibromyalgia patients using mobile monitoring devices for a one-week period. Using the devices, the patients emailed reports of their symptoms to nurses every day. Nurses could then respond to these reports. Eighty percent said they felt the technology was easy to use. And 65 percent believed the technology helped them quickly address their symptoms.

While this was a small study, it shows mobile technology’s potential for monitoring chronic pain conditions, including fibromyalgia. This technology could help bridge the gap between patients and their healthcare practitioners. It could also provide valuable support for fibromyalgia patients living in areas with limited healthcare support.

Through advancing technologies like these, fibromyalgia sufferers can look forward to less pain in their futures. 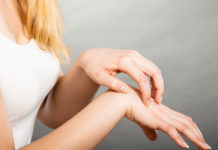 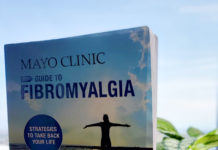 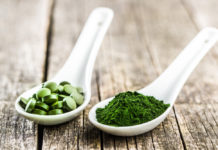 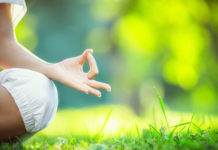