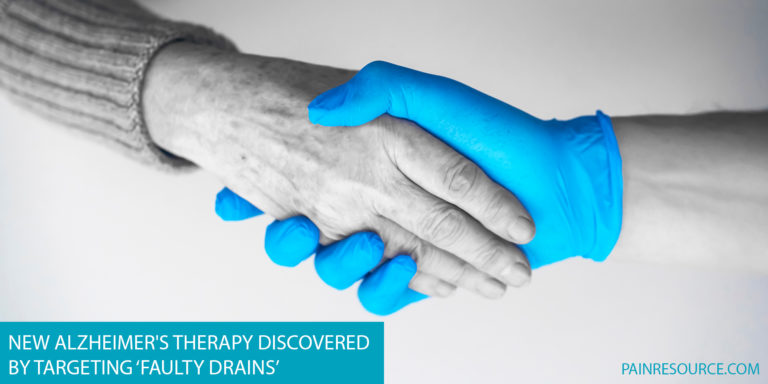 Scientists at Washington University’s School of Medicine in St. Louis, Missouri have shown that certain Alzheimer’s therapies were significantly more effective when paired with treatments aimed at improving the drainage of fluid and debris from the brain.

The initial findings, published in the peer-reviewed journal, Nature, on April 28, suggest that the brain’s drainage system, known as the meningeal lymphatics, plays a key role in neurodegenerative diseases such as Alzheimer’s. In individuals with Alzheimer’s disease, these drains become clogged, causing the symptoms typically associated with the disease such as forgetfulness and confusion.

“The lymphatics are a sink,” says co-author of the study, Dr.Jonathan Kipnis, Professor of Pathology & Immunology at Washington University. He added, “Alzheimer’s and other neurodegenerative diseases such as Parkinson’s and frontotemporal dementia are characterized by protein aggregation in the brain. If you break up these aggregates but you have no way to get rid of the debris because your sink is clogged, you didn’t accomplish much. You have to unclog the sink to solve the problem.”

For years, scientists have treated Alzheimer’s disease with anti-amyloid drugs, the most promising of which has been aducanumab, which has recently proved to be effective at decreasing cognitive deterioration; although results have been mixed at best. This is what prompted researchers at Washington University to study the brain’s drainage system, and how it relates to anti-amyloid drugs.

With the knowledge that a faulty drainage system may be the cause of drugs like aducanumab’s limited success, scientists were able to focus their studies on examining evidence of lymphatic damage. In a controlled study conducted on mice, the researchers were able to disable the meningeal lymphatics in a specific group that displayed Alzheimer’s-like symptoms; while leaving another group untouched.

When the drainage system in one group of mice was shut off, the mice displayed damage towards their microglia, brain cells that aid in immune defense, and as a result were more susceptible to develop neurodegenerative diseases such as Alzheimer’s. When scientists compared the brains from a group of 53 humans who died with Alzheimer’s disease, to nine that died with otherwise healthy brains, the group of mice whose meningeal lymphatics were shut off closely resembled that of humans with Alzheimer’s disease.

“The lymphatic system is how the garbage is cleaned out of the brain. If it’s not working, everything gets gummed up.”

The other co-author of the study, Dr.Carlos Cruchaga, professor of psychiatry, genetics, and neurology at Washington University, commented on the results of the study, stating that, “In the end, even though we’re looking at specific cell types and specific pathways, the brain is one big organ.” He went on to add that, “The lymphatic system is how the garbage is cleaned out of the brain. If it’s not working, everything gets gummed up. If it starts working better, then everything in the brain works better. I think this is a very good example of how everything is connected, everything impacts brain health.”

To confirm their theory that a damaged drainage system can contribute to Alzheimer’s disease, scientists began more testing on mice. They next studied a group of mice that had been genetically altered to be more susceptible to developing a neurodegenerative disease, and whose drainage system had been damaged due to an injury or old age.

They then began treating these mice with a combination of the anti-amyloid drugs aducanumab or BAN2401, and a vascular endothelial growth factor C, a protein that has been shown to promote the development and growth of lymphatic vessels. The combination of the two therapies showed a significantly higher reduction in amyloid plaque deposits in the brain rather than the anti-amyloid drugs alone.

While more research is needed to definitively link these faulty drains to Alzheimer’s disease, early results have shown that the two could have a sort of symbiotic relationship; with one directly contributing to the other. Treatments aimed at improving the brain’s drainage system could prove to be an effective new therapy in treating individuals with Alzheimer’s and other neurodegenerative diseases.

What Questions Do You Have About This New Alzheimer’s Therapy?

We want to read all about it in the comments section below!

What topics about aging with chronic pain should we cover next?