80% of amputees experience phantom pain, a condition that gives patients sensations of pain in their missing limbs. Researchers have never been able to find a definite answer as to why this phenomena takes place, it is just attributed to the shortened nerve causing sensory confusion in the brain. Doctors and researchers have tried many forms of treatment over the years, but it appears the most effective is using Virtual Reality.

Previous to this treatment, some amputees had to undergo painful deep-brain stimulation, where an electrode is placed deep in the brain, in the area believed to trigger phantom pain. It was invasive, and only sometimes mildly effective. There was also another method using mirrors and a box, creating the illusion the limb is still attached, in hopes of tricking the brain into relief. This was also seldom effective.

In the new virtual treatment, the users wear an eye mask with a screen over each eye. They also wear a glove with sensors in the fingers, to track finger movement. They initiate simple games such as batting away a ball or driving a simulated car. As the patient moves their good arm, the game shows the amputated limb doing the tasks, giving the illusion the arm is still in tact. For most patients, it results in a dramatic pain relief for a few days.

Steve Pettifer, a computer scientist at the University of Manchester in the UK said Four of the five patients who used our virtual reality system reported significant reduction in pain. While this is an astonishing number, more trials are needed to test the efficacy of this treatment in different types of cases. It may also prove to be a treatment for other kinds of ailments, such as stroke or spinal cord injury patients who have lost full use of their arms.

At the moment, researchers are awaiting approval on a version of the program developed for home-use. 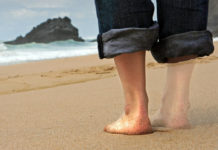 The Pain that Lingers: How to Manage Phantom Limb Pain 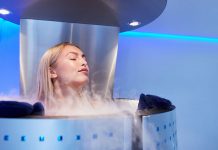 Could You Freeze Out Phantom Limb Pain? 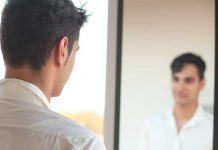 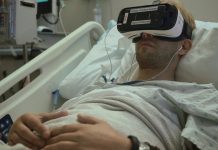