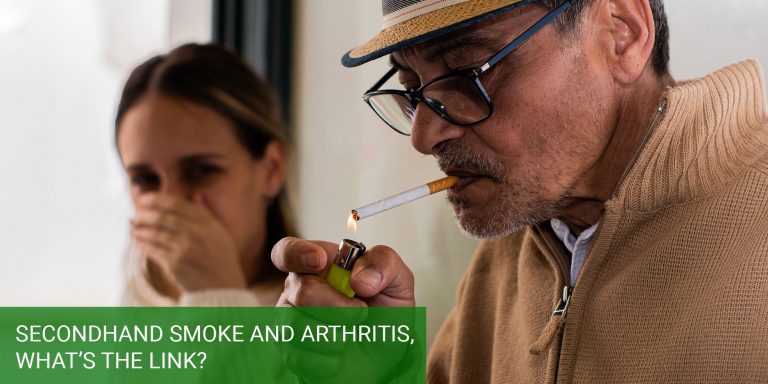 Did your parents or grandparents smoke around you when you were a child? If so, you may have a higher risk of developing rheumatoid arthritis later in life. A recent study has found an interesting relationship between exposure to secondhand smoke and arthritis. Evidence suggests that women who were exposed to secondhand smoke as a child were 75% more likely to develop rheumatoid arthritis than those who were not exposed.

What is Rheumatoid Arthritis?

Rheumatoid arthritis (RA) is a fairly uncommon disease, affecting just 1% of the adult population. In people with RA, the immune system attacks otherwise healthy joints, which damages them and causes pain.

Most people who have been exposed to secondhand smoke will not develop the disease due to sheer statistics.

“The findings drive home the importance of reducing cigarette smoke exposure to reduce risk of disease,”

However, experts say the study matters because it provides more evidence of how being around secondhand smoke in childhood can have a lifelong impact on the immune system.
“The findings drive home the importance of reducing cigarette smoke exposure to reduce risk of disease,” said Milena A. Gianfrancesco, Ph.D., an epidemiologist at the University of California, San Francisco. “They highlight the need to not only focus on one’s personal smoking habits, but also other sources of secondhand smoke exposure.”

The study, which was published in the journal Arthritis & Rheumatology, followed more than 90,000 women between the ages of 25 and 42, which started back in 1989. At the time of the study, the average age of the study’s participants was 35, with 03% being white. Nearly two-thirds of the women reported they had never smoked, and 65% said their parents had smoked during their childhood.

Scientists found that roughly 350 women developed RA within the next 30 years. Next, which was the most difficult part of the study, was to determine if these 350 women were more likely to have had parents who smoked.

Scientists estimated that women who had been exposed to secondhand smoke as a child had a 41% higher risk of RA. However, this estimate doesn’t take into account the fact that many children who are exposed to secondhand smoke will go on to smoke themselves. Using this analysis, researchers suggested that having parents who smoked may raise the risk of RA to nearly 75%.

The overall risk of developing RA remains low, which means that not all women whose parents smoked are at risk. The overall rate of occurrence for RA in the study was about 0.5%. Most of these women reported having parents who smoked when they were children. More research is needed to determine whether or not there is a definitive link between secondhand smoke and arthritis. For now, early evidence suggests that it may raise the risk of developing RA in children who have been exposed.

Why Does Secondhand Smoke Increase Your Risk of Arthritis?

It’s common knowledge that exposure to secondhand smoke is bad for your health. According to Kazuki Yoshida, MD, the study’s lead author, and an epidemiologist at Brigham and Women’s Hospital, exposure to secondhand smoke can irritate the lungs, which causes abnormal proteins to form. “The immune system produces antibodies in an attempt to attack such abnormal proteins. This immune reaction can spread to other body sites and attack normal tissues, including the joints.”

Secondhand smoke also greatly increases the risk of infections. According to researchers, this could explain the increased risk in RA that was observed in the study. “Smoking is also known to result in changes surrounding the genome, which could trigger RA in susceptible people,” says Gianfrancesco. 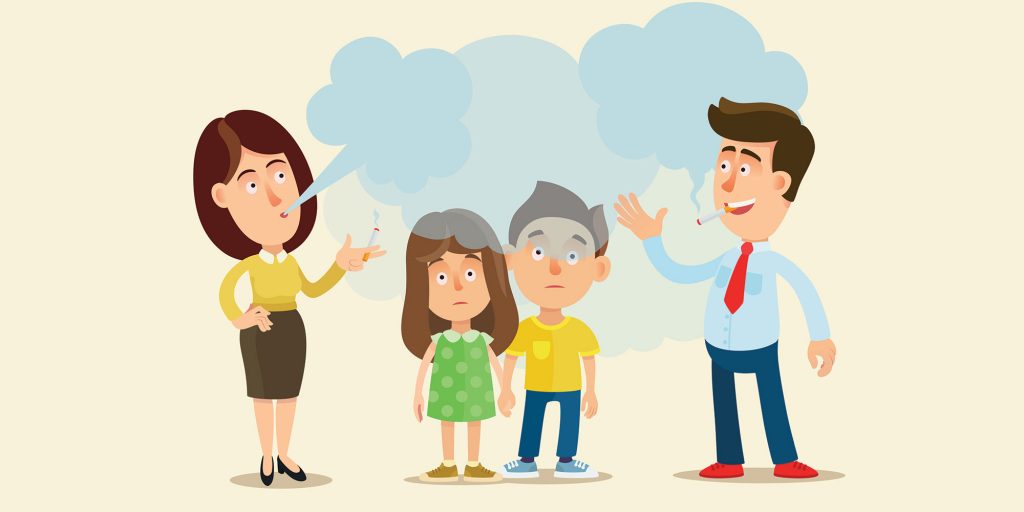 The link between secondhand smoke and arthritis hasn’t come out of the blue. Other studies have pointed towards secondhand smoke as the potential cause of other autoimmune disorders. One recent study conducted in France that included nearly 80,000 women found that exposure to secondhand smoke during childhood resulted in a higher risk of RA later in life.

Both studies have their drawbacks, however. The studies include no information on the potential risk of secondhand smoke exposure on young men. Both studies were comprised of an overwhelming amount of white participants. This means the results may not speak for women of other ethnicities.

That said, Gianfrancesco and her colleagues are confident in their study. They say their research relied heavily on extensive research and data. This provided them with “strong evidence that supports a possible link between secondhand smoke and arthritis.”

As with many health conditions, family history can help predict your risk factor. According to Gianfrancesco, “children with a family history of RA or other autoimmune disorders are especially vulnerable to the effects of secondhand smoke, because they already may be more susceptible to developing the diseases.”

“Parents should keep their children away from secondhand smoke in the home or other environments in which smoke is prevalent, such as the home of another caregiver or a workplace if the child accompanies their parent to work,” she says.

What are Your Thoughts on This Study?