Pain Resource The latest news and expert information on chronic pain
Home Lifestyle Sex & Relationships What is the Epstein-Barr Virus? You May Be an Unknowing Host

Epstein-Barr Virus (EBV) is one of the most common types of herpes viruses that affect humans. EBV is perhaps most known as the virus that causes mononucleosis, which is commonly referred to as the “kissing virus” due to how you can spread it to someone else. Due to its relationship to mono, many people are unaware of what EBV is. So, what is the Epstein-Barr virus, and how does it affect your body?

While the Epstein-Barr virus may not be a household name, chances are you’ve been infected without knowing it. More than 95% of healthy adults have a “latent” or dormant infection of the Epstein-Barr virus. Most people who carry the virus will not develop mono, which is why many are unaware they are hosts.

EBV can be hard to diagnose, as most symptoms mirror that of a common cold or the flu. However, milder to severe cases of Epstein-Barr Virus infection can result in symptoms such as fatigue and brain fog. In very rare cases, EBV can become a chronic condition. This is known as chronic active Epstein-Barr virus (CAEBV). CAEBV can result in serious health complications such as anemia, nerve damage, liver failure, and interstitial pneumonia—a rare type of disorder that affects the tissue surrounding the air sacs of the lungs. 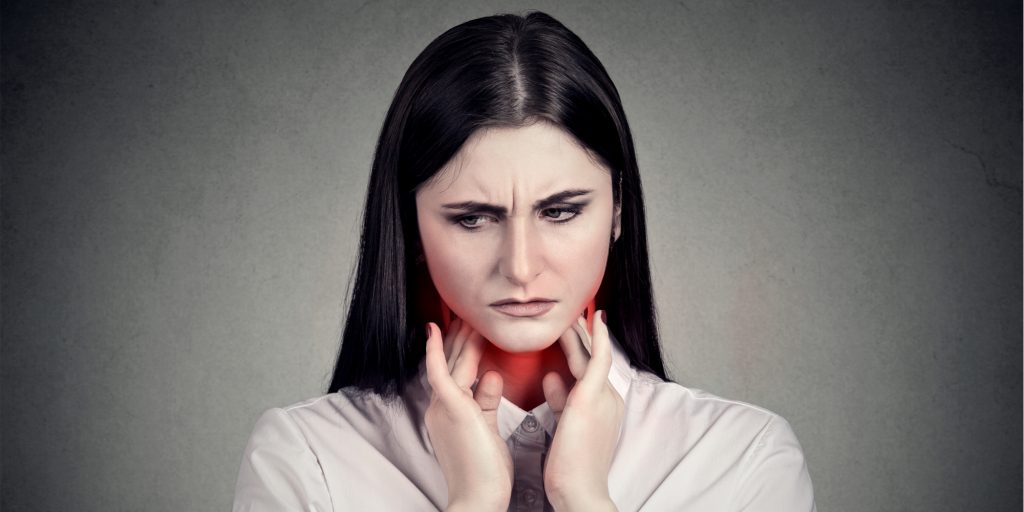 On average, Epstein-Barr Virus infections typically last for two to three weeks, although some people may experience fatigue for several weeks or even months. After you get an EBV infection, the virus becomes latent, or dormant, in the body, similar to chickenpox. For most people, the latent infection will remain inactive for the rest of their lives. In some cases, while rare, the virus may reactivate. This does not always cause symptoms of EBV, although certain people may experience mild symptoms.

Symptoms of Epstein-Barr virus include: 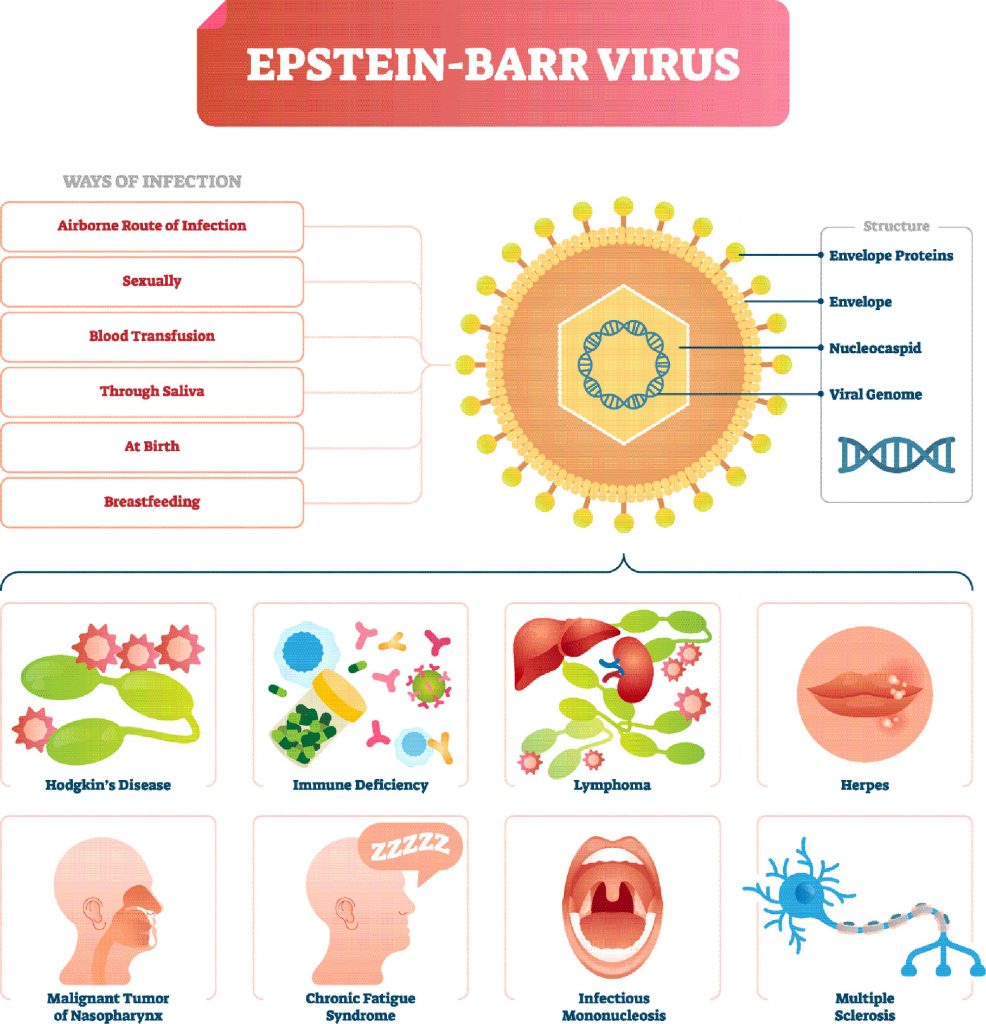 EBV spreads most commonly through bodily fluids such as saliva. However, it can also be spread through blood, semen during sexual contact, or medical procedures such as blood transfusions, although these modes of transmission are less common.

Due to the time, it can take to show symptoms, you can spread EBV for weeks without knowing, which can make transmission even easier. Once the infection clears and becomes dormant, you are no longer able to spread it to others. However, if the virus reactivates, you could potentially spread it to others, no matter how much time has passed since the original infection.

EBV is transmitted via bodily fluids, which makes transmission relatively easy to mitigate. However, given the time it takes for an infected person to show symptoms, understanding how EBV spreads is extremely important.

Some common modes of transmission can include: 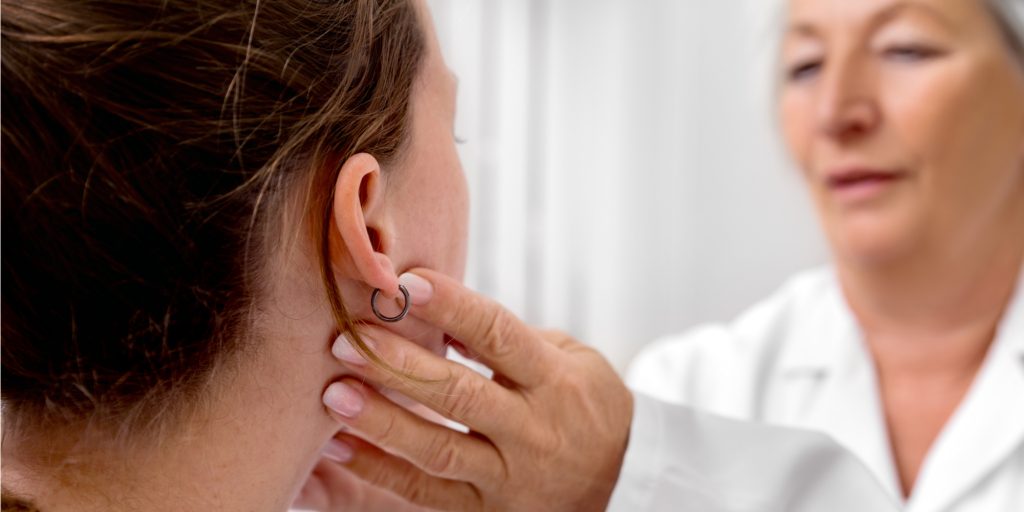 There is currently no vaccine available for the prevention of the Epstein-Barr virus. However, you can take certain measures to protect yourself against possible infection. The most common to spread EBV is through saliva. You can protect yourself by not sharing drinks with others, using personal items such as toothbrushes that have been used by someone else, and not kissing or coming into contact with someone who has EBV.

There is no specific course of treatment for EBV. Your doctor can test you for possible infection by testing your blood for antibodies. For most people, the virus will run its course in a matter of weeks, with symptoms subsiding fairly quickly. For mild cases, ensuring you stay hydrated and get plenty of rest is generally the best course of action. More serious cases of EBV may require time off of work or school and over-the-counter medications for pain.

Have You Heard of the Epstein-Barr Virus?

Tell us in the comments below.