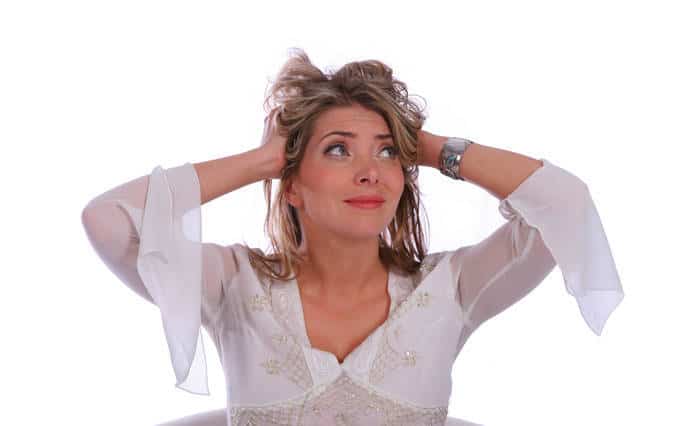 Pain feeds on stress. Stress feeds on pain. Break the vicious cycle by taming tension once and for all.

Almost no one denies there’s a link between pain and stress. Pain activates stress and stress activates pain. It’s a vicious cycle says Rollin Gallagher, M.D., director for pain policy research and primary care at the Penn Pain Medicine Center at the University of Pennsylvania School of Medicine, in Philadelphia. The key is that you have to “take care of the pain and take care of the stress” because they feed on each other.

So, what exactly is going on inside your body when you’re feeling the strain of a marital disagreement or worrying about being the next one at work to get a pink slip? Increases in stress activate the pain signal, Gallagher explains.

When you have a chronic pain condition, you’re under constant stress. The sympathetic nervous system sends messages down to the areas that are damaged and activates them. The link seems to be partly related to chemicals in the body that transmit pain signals – chemicals that are very similar to those that affect our mood, says Gilbert J. Fanciullo, M.D., director of the Pain Management Center at Dartmouth-Hitchcock Medical Center, in Lebanon, New Hampshire.

Research has begun bearing out the close relationship between pain and stress. Fanciullo cites a study that followed couples where one of the partners was recovering from a wound. For those couples who argued the most, the wound took two days longer to heal. Another trial looked at students who had dental work done just before a major exam and again during summer vacation. During test time the students took significantly more time to heal, an average of three days, or 40 percent, longer.

It can seem grim, but there is some good news, largely because stress is something we can do a lot to control. Start with simple methods of distracting yourself from both stress and pain. When we are distracted we focus less intensely on our pain and can actually diminish the pain, Fanciullo explains.

Fibromyalgia patient Penney Cowan, executive director of the American Chronic Pain Association, in Rocklin, California, agrees. To demonstrate the point, she’ll ask people dealing with pain to silently count from one to 25 while saying the alphabet aloud. No one can do it. That’s because we have a one-track mind, she says.

So if you’re thinking about how you’re sitting on this warm, sunny beach and hearing the waves splashing against the shore, you’re not thinking about how that pain hurts. For that instant, you’ve reduced that sense of suffering. And you’re releasing tension, so perhaps some healing is occurring.

How to approach this

The name for the practice of picturing yourself on that beautiful seashore is imagery. Belleruth Naparstek, a psychotherapist, and author of Invisible Heroes: Survivors of Trauma and How They Heal (Health Journeys, 2004), is an authority on guided imagery and uses it with those suffering from, among other ailments, post-traumatic stress disorder (PTSD). People with PTSD “have tons of physical pain either from injuries or related to stress,” says Naparstek. “These folks will say, ‘My headache is gone. I had it for five years and it’s gone,’ or ‘My back feels better.’ It becomes very apparent. Even if they aren’t interested in doing guided imagery, in the beginning, they’ll do it for the reduction in pain and stress, and then they start to love it. So they keep doing it, and they end up healing.”

Another way to break the stress-pain cycle: Figure out the best ways to truly take care of yourself. Ask yourself: What helps you feel calmer, stronger, healthier, and pain-free more often? Lenore Fishman,* a 45-year old writer in Santa Barbara, California, learned to do that after she broke her neck in a car accident in 1984 and then underwent surgery to fuse the top two vertebrae in her spine. With limited range of motion, Fishman had to learn to move in ways that put less strain on her neck. She eventually found a way to control her pain through a drug-free combination of exercise and massage therapy. “Opening up my neck and shoulders keeps everything moving and flowing,” she says. “It affects and preserves what range of motion I have.”

If pain lasts long enough and isn’t well-controlled, it can change the spinal cord and brain, says Rollin Gallagher. “Without appropriate treatment, these changes may progress. Once your brain has been remodeled in such a way, stress and other strong emotions and normal sensations such as touch, pressure, and temperature change may cause pain by activating those areas without any stimulation to the physical areas where the pain initially began.”

To get a handle on pain and stress, stress-management experts say it’s crucial to avoid what’s known as “catastrophizing” or making dire predictions that pain and other problems will only worsen. Increased anxiety caused by catastrophizing can lead to a downward spiral, including more pain, depression, and disability.

Even if you’ve never considered yourself the meditation type, now may be the time to look into it. Sharon Salzberg, co-founder of the Insight Meditation Society, in Barre, Massachusets asks her students to focus on their experience of pain, worry, fear, anticipation, tense muscles – and to learn how to release it through mindfulness. Per mindfulness.org, mindfulness is the basic human ability to be fully present, aware of where we are and what we’re doing, and not overly reactive or overwhelmed by what’s going on around us. “Carefully observing our own experience of pain as we’re having it allows us to see that even a very steady pain has variations in intensity and character, whether it be stabbing or twisting, dull or sharp. If we look at the pain and see it that way instead of as inert, it still hurts, but we can experience the changes within it”, Salzberg says.

By taking a close look at both your pain and stress you can begin to get some answers that will help ease both. And no one can do either for you. Stress, like pain, is ultimately very personal. An activity that one person finds relaxing might be anxiety-provoking for someone else. And while you can’t cut out stress entirely, you can, says Gallagher, become a watchful observer of your own behavior. Identify things that cause you stress and avoid them.  Or recognize them and find ways of managing them more effectively. With proper insight, you can manage stress and anxiety to better control your pain.

*Names have been changed. 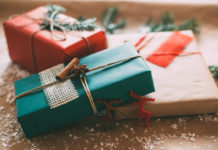 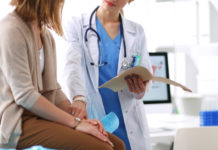 7 Signs That You Should See a Doctor for Back Pain 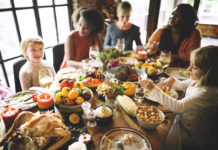 How to Feel Grateful During the Holidays with Chronic Pain